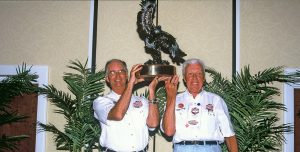 Five-time Great Race champion Wayne Bell has passed away at his home in Las Vegas after a lengthy illness, his wife Suzie has informed us. Wayne, who compete in more than 30 Great Races through the years, won the event in 1989, 1990, 1992, 2000 and 2003 as a navigator, all with Dick Burdick as […] 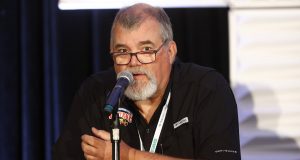 Great Race Director Jeff Stumb was the featured speaker this week at TEAMS ’22 Conference and Expo in Oklahoma City. The educational session was called “How the Great Race Embraces Multi-City Events” and was attended by several dozen cities from coast to coast as part of the world’s leading conference and expo for the sports-event […] 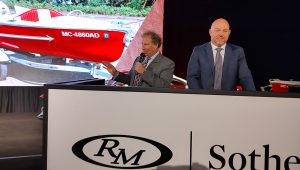 While we were at Hershey, we got to spend some time with Great Race veteran Brad Phillips. When we first met Brad, he worked for Hagerty and he has since moved on to a position at RM Sotheby’s Classic Car Auction. His involvement with the Great Race has been awesome, and we hope he’ll continue […] 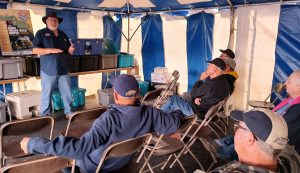 Great Race director Jeff Stumb spoke to the Model T Club at their tent in the Red Field at Hershey to promote the Great Race and in an effort to attract more Model Ts to the event. The last two Ts in the Great Race were Kirk Hill’s in 2013 and Scott Thams in 2012. 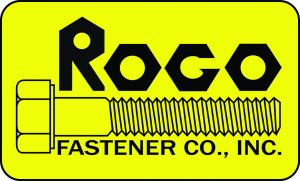 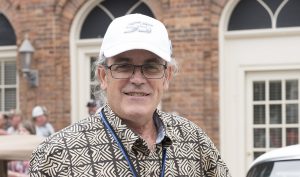 It is with great sadness that I inform you that Great Race veteran Rock Rookey has passed away after a brief battle with cancer. Rock has been a navigator for the last decade, smiling all the way, as he and Larry Tribble made their way across every part of the country in a 1955 Chevrolet. […] 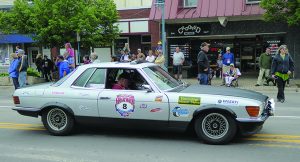 1972 Mercedes-Benz 350SLC – Euro Coupe – 3.5L V-8 for sale. Custom built to participate in navigational T(ime) S(peed) D(istance) road rally events. The car was prepared with the help of an ex-mechanic of the original East African Safari Rally. Subsequently, the car successfully in numerous navigational road rallies. It participated twice in the Great […] 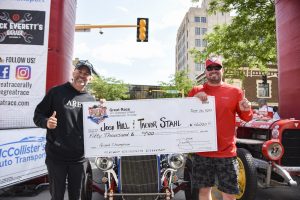 The Hemmings Motor News Great Race presented by Hagerty Drivers Club is a grueling marathon for the drivers, navigators and of course, the cars. That’s why we came up with the motto “To Finish Is To Win”. Just crossing the finish line after nine days and 2,300 miles is quite a journey, but doing so […] 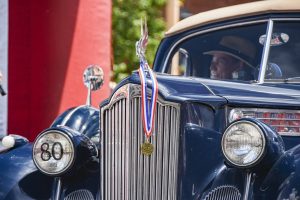 Here it is, the final day of the 2022 Hemmings Motor News Great Race presented by Hagerty Drivers Club! We were thrilled to make our way into Fargo, North Dakota for the final day of rallying and Director of Competition John Classen set up a challenging route for the final stretch. A combination of long […] 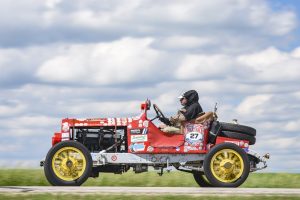 The last two days of the Hemmings Motor News Great Race presented by Hagerty Drivers Club are always challenging, as no legs can be thrown out from the daily scores. Every move you make matters, and we’re always blown away by the intensity and the focus required to nail all of the legs on any […]