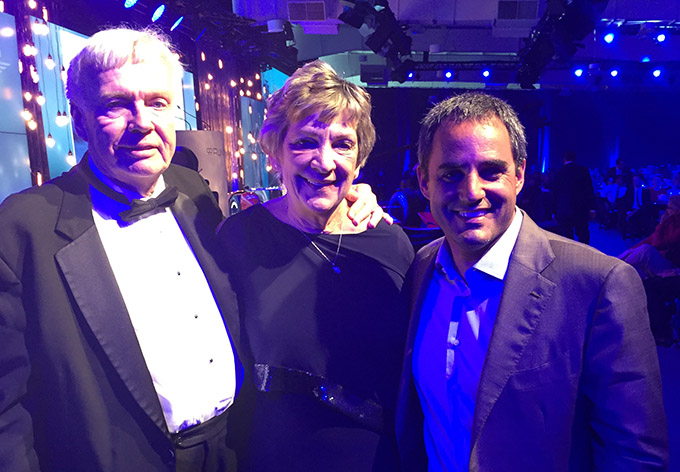 While we are all gearing up for the 2015 Great Race in a few weeks, there was another race of some magnitude run Memorial Day weekend — the Indianapolis 500. Although there are not many comparisons between the Great Race and the Indy 500 (other than the first two Great Races finished at the track in 1983 and 1984 and racers have been lucky enough to do laps around the famed Brickyard as recently as 2003) there was a connection Sunday night at the winner’s banquet.

Rich McKone, a 20-plus year veteran of the Great Race, and his wife Cyndy, were at the banquet honoring race winner Juan Pablo Montoya. It was the second win for Montoya in the Indy 500, the first coming 15 years ago. McKone will be navigating for Charlie Brittingham come June 20 in Kirkwood, Missouri in his 1936 Ford, and they will try to win the Great Race trophy at the finish in Santa Monica, California on June 28.