We have just reviewed the Great Race television show which will air on Speed on Saturday, March 23, at 10:00 a.m. (Eastern Time) as an episode of Hot Rod TV, and I can tell you without a doubt it is the best show about our event ever. And I have seen them all. The time it airs in each time zone may vary, so check your local listings. Here is a link to Speed’s listings for Hot Rod TV: http://www.speedtv.com/schedule//filter/program/808771

We are very familiar with Hot Rod TV around here at Coker Tire and Honest Charley, and the best thing about it is the episode will air many times over the weeks and months after the first showing. In fact, it will re-air on Sunday, March 23, at 7am EST. That will allow us to reach as many fans as possible!

Everyone who has participated in the last two years in the Great Race knows that Jason White and Wallace Braud have done a terrific job of filming the event. And after the 2011 Great Race from Chattanooga to Bennington, Jason also put together the two 30-minute episodes of the TV show which aired on Fox Sports. He spent months holed up in his office late at night making it happen.

After the 2012 event, we were able to partner with BCII out of California to take the more than 22 hours of raw video we shot and edit it for the show you will see next month. BCII produces Hot Rod TV and were the original producers of Overhaulin, one of the most popular car shows of all time.

There are a lot of familiar faces on the Great Race show, including Beth Gentry, Greg Cunningham, Alan Travis, Ed Habetz and Barry and Irene Jason. But it is also filled with some new faces as well, dominated by Scott Thams and his 1914 Model T. Others seen in the show include Robert Dinges, John Hollansworth, Tabetha Salsbury, Howard Sharp, John Bender, Buddy Green, Tom Regan, John Corey and Janet Hedke just to name a few.

Mark your calendars for March 23! 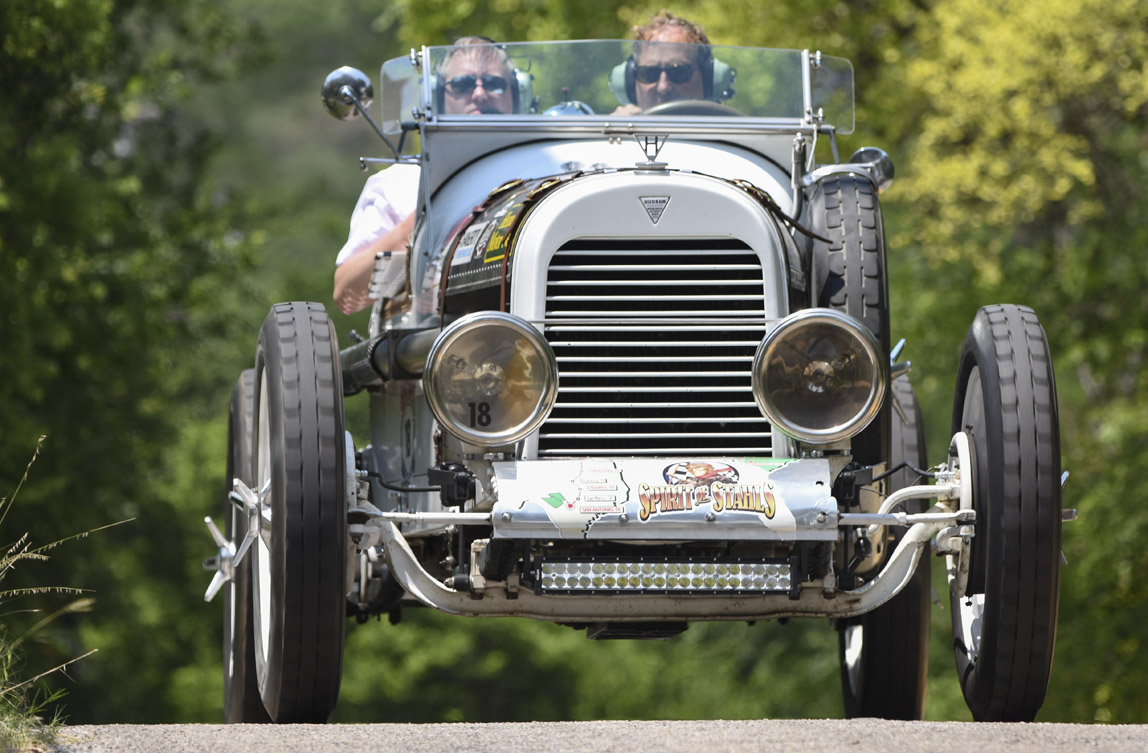