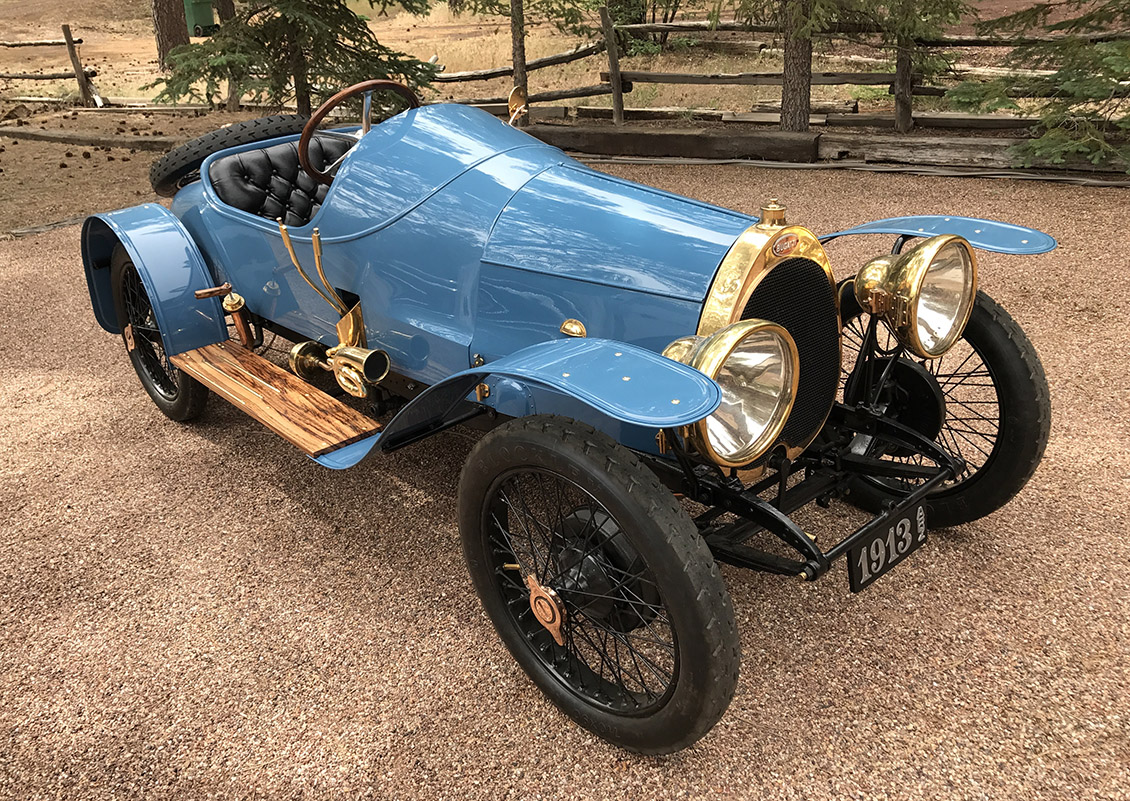 Alan Travis is no stranger to restoring the rarest automobiles and entering them in the Great Race. He and his wife, Mary, campaigned a 1910 Knox Raceabout for many years in the Great Race, and they won in it in 1993. Alan and Wayne Stanfield won in a 1916 Mitchell in 1987. But Alan may have reached a new pinnacle with his 2018 Great Race entry  a 1913 Bugatti. Not only will it be the oldest vehicle in the 2018 Great Race (and the oldest Great Race vehicle of any kind since 2012), it is the oldest Bugatti in use in the world.

The car is so perfectly restored that it caught the attention of Jay Leno, and he made it part of his program, Jay Lenos Garage. The show lasts for more than 30 minutes, mostly because Jay was so excited to be around the car. You can view the entire show at the link below, and notice the Timewise speedometer in the dash at around the 17-minute mark.