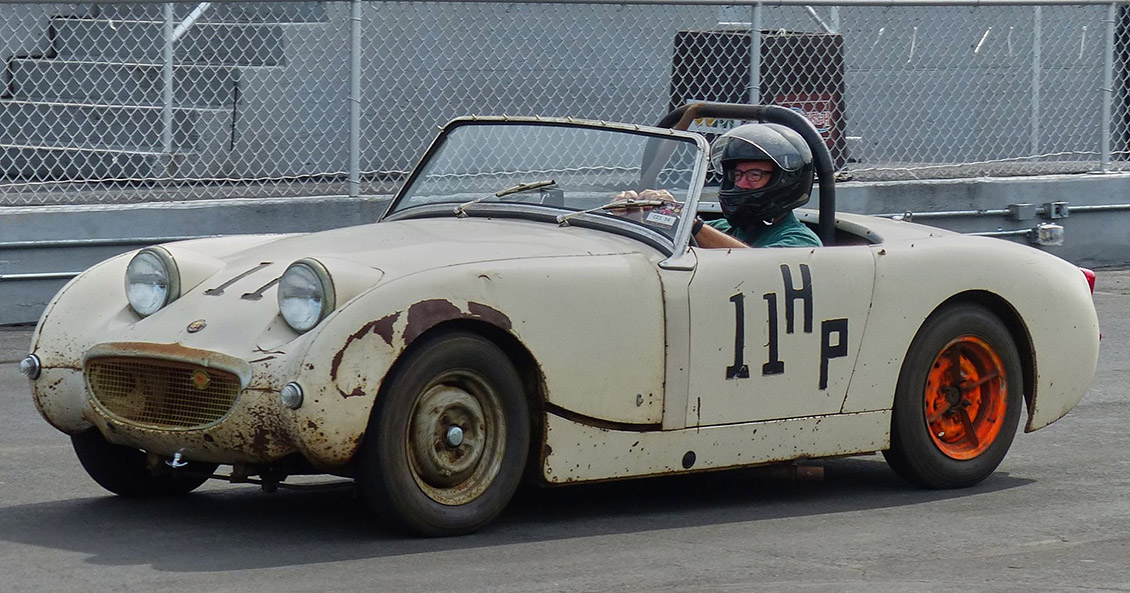 Tom Littrell of Galax, Virginia has been entering X-Cup teams for almost as many years as the division has been part of the Great Race. X-Cup is for high school and college age students and Littrell has been involved with Boy Scouts for decades as a leader and it just made sense that he would give those boys a chance to experience the Great Race. And after all those years he finally brought the X-Cup championship back to Galax for the first time this summer after winning the title at the finish in Traverse City, Michigan.

Littrell was in Hershey, Pennsylvania last week for the annual AACA Hershey Regions Eastern Fall Meet with something a little different than his purple Model A roadster he takes on the Great Race. It was a 1961 Austin Healey Bug Eye Sprite, and he participated in the race around the stadium track at the event. The car is just as he found it  in a barn where it had been since 1967. Of course, he went through the engine, the brakes and other mechanical items, but he plans to leave the body exactly the way it is, including the taped numbers which are peeling off at the corners.

Wouldnt this make a fantastic Great Race car for 2018!