The Great Race has teamed up with Timewise to have additional speedometers constructed for the upcoming rally season, which includes the 2012 Great Race.

The Timewise 825 Electronic Speedometer has been the standard is Great Race events for a decade, but the company has not produced any new ones in several years.

But with the strong comeback of the Great Race in 2011, and the overwhelming enthusiasm for next years event circling the Great Lakes, Timewise has committed to making 60 new speedometers. 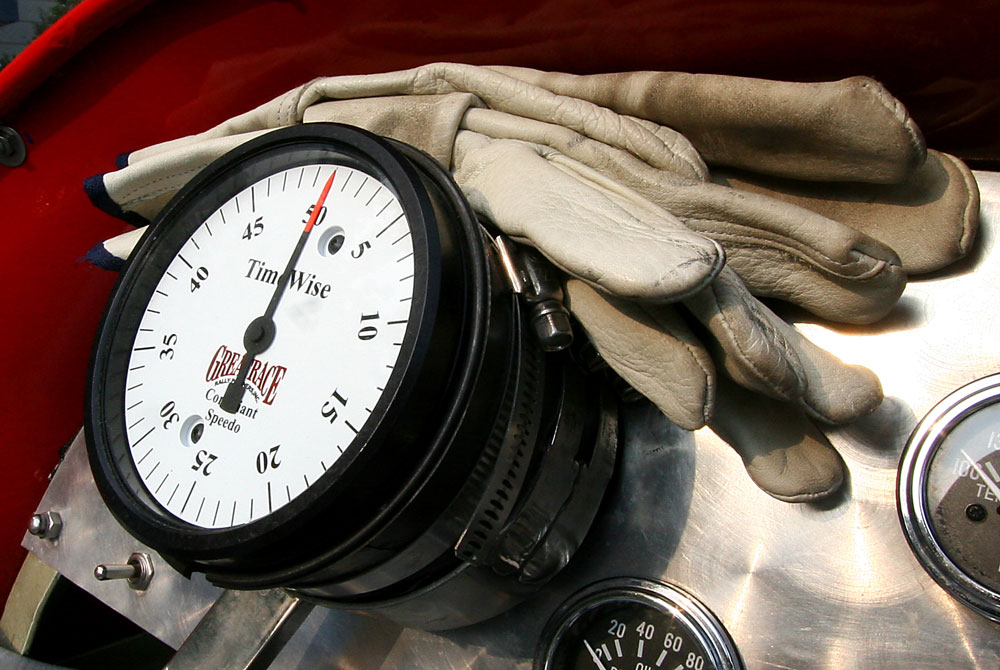 Timewise and the Great Race have gone hand-in-hand for more than a decade, race director Jeff Stumb said. And the folks at Timewise are old friends and former Great Racers, Jack Christensen and Wayne Bell.

Timewise speedometers have become a hot commodity over the last few years with more and more new competitors joining the events and veterans buying up extras as backups. And with more than a dozen first-timers already paid up for the Great Race there would not have been enough to go around.

We are excited to be working with Timewise to be able to provide our competitors the best possible rally equipment, Stumb said. The Timewise 825 holds the records for lowest Championship Run score, lowest accumulative score, lowest single day score and most Aces.

Timewise speedometers hold their value, and used ones regularly sell for the price of a new one, Stumb said. Last year, one rookie in the Great Race bought a Timewise speedometer from a veteran, and after the event the rookie sold it for the exact same price he paid for it a few months earlier. It is expected that the 2012 Great Race will have the largest rookie field ever.

The price of the speedometers remains the same at $1,035, which includes a Timewise 825, a Model 217-15 transducer, and 5 ceramic magnets. Priority Mail shipping is also included in the package price.

You can order a Timewise speedometer by calling Jack Christensen at 847-550-5052 or by emailing him at [email protected] He can also be reached by mail at 32 Old Barn Road, Hawthorn Woods, IL 60047.

Here is the information from the Timewise website (www.home.comcast.net/~timewise1/):

The Timewise 825 electronic speedometer meets the strict size and appearance guidelines for use in The Great Race antique vehicle transcontinental rally extravaganza. To the casual observer, the Timewise 825 appears to be an analog speedometer, thereby preserving the appearance of a classic automobile. Internally, however, the 825 is fully digital. A microprocessor driven stepper-motor design eliminates the inaccuracies and stability problems associated with magnetically coupled or fly-ball governor mechanical speedometers. The Timewise 825 exhibits no loss of repeatability over time and its accuracy is unaffected by changes in temperature or humidity.
The hardware and firmware in the Timewise 825 produce a smooth and steady needle movement. An auto-restarting, linear averaging speed computation algorithm allows rapid response during acceleration and deceleration while minimizing minor speed fluctuations due to rough road surfaces. The digital design provides an extremely accurate and repeatable indication of speed. A fine point analog dial needle and maximum allowable faceplate diameter provide interpretable resolution of 0.05 mph. No other analog reading speedometer provides the accuracy, repeatability, and high resolution of the Timewise 825.
Installation of the Timewise 825 is simple. And calibrating the speedometer for your vehicle is so easy that you can quickly accommodate changes in tire pressure, head winds, altitude, and road surfaces.
The Timewise 825 has been used since 1999 in the Great Race by more than 90% of all contestants. Great Racers have logged more than 2,000,000 aggregate miles using the Timewise 825, subjecting it to high levels of electrical noise, plenty of vibration, moisture, and extreme heat. No other speedometer used in the Great Race can claim the superior environmental insensitivity of the Timewise 825. Its proven reliability has allowed Great Racers to set a slew of records: