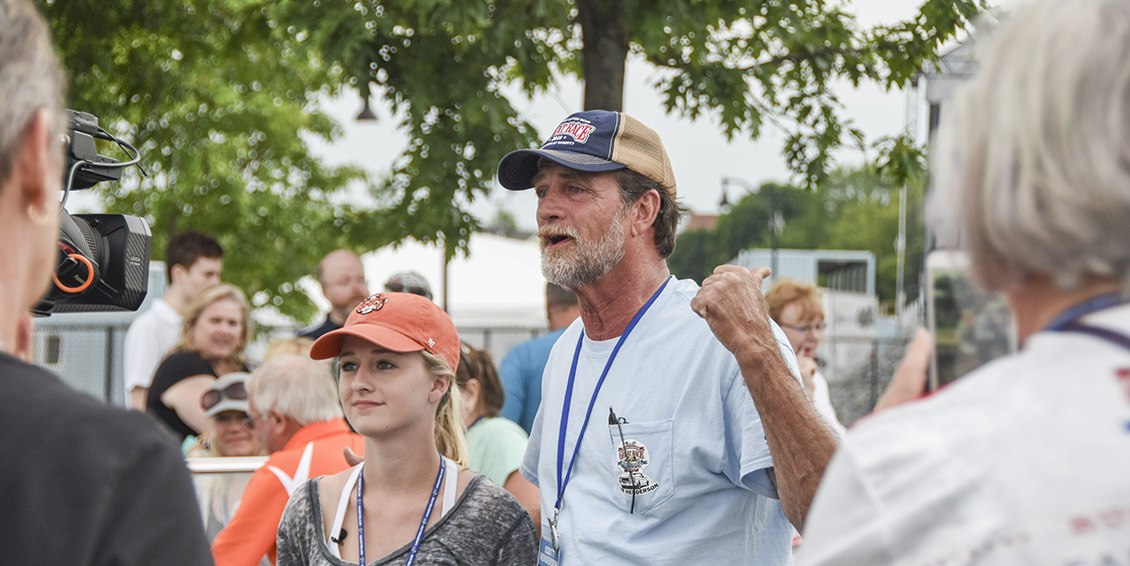 Great Racer and 2018 Spirit of the Event winner Scott Henderson passed away Thursday morning, October 18, after a courageous battle with cancer. Scott and his daughter Mallory have become fixtures on the event in their teal colored 1964 ½ Mustang convertible, first competing in the X-Cup Division and eventually the Sportsman Division.

Scott famously used his car on Mount Washington to stop another competitors vehicle from rolling off the incline after it lost its brakes. He was awarded the Tom McRae Spirit of the Event Award at the finish in Halifax for his quick thinking and for his overall love for the Great Race and everyone involved in it.

Everyone who knew Scott knew he loved life, he loved people, he loved his family  especially his daughter Mallory  and he loved the Great Race, friend and Great Race director Jeff Stumb said.

Scotts son Travis and daughter-in-law Haleigh participated in their first Great Race this summer, and his father Jim has been a support crew member for years, truly making the Great Race a family event as so many do, Stumb said.

Arrangements will be posted as soon as they are announced.

Sadly, Jack Juratovic, the driver of the 1955 Buick station wagon which Scott saved from a horrible fate on Mount Washington, passed away suddenly Tuesday at his home in Michigan.

13 comments about “Great Racer Scott Henderson Has Passed Away”