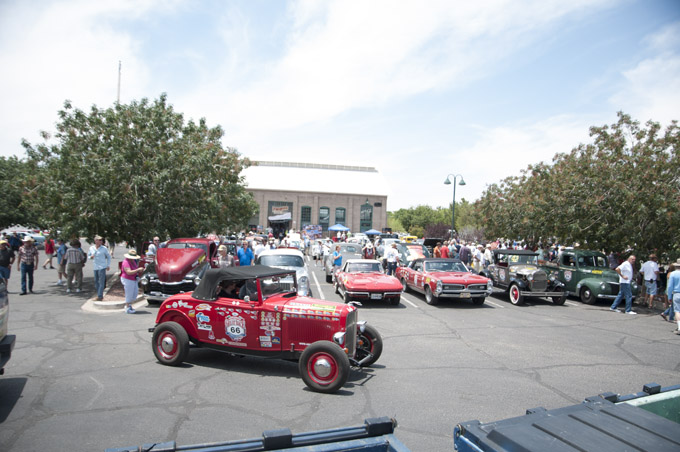 Today after gathering our things, and leaving Flagstaff singing “On the road again…” we hit the road headed towards Kingman. After arriving we enjoyed a few Native American dances, and performances before the 1st car came in. As the car count began to rise, so did the temperature. Later on in the day after reaching Lake Havasu City there were temperatures up to 120 degrees were reported. The heat definitely had an effect on some teams, and they all gladly accepted the bottle of water they are handed at each stop tonight! I have been told that tomorrow’s temperatures are forecasted to be even higher than today, however I’m not sure if that’s going to be the case, but I’ll let y’all know tomorrow!! 😉