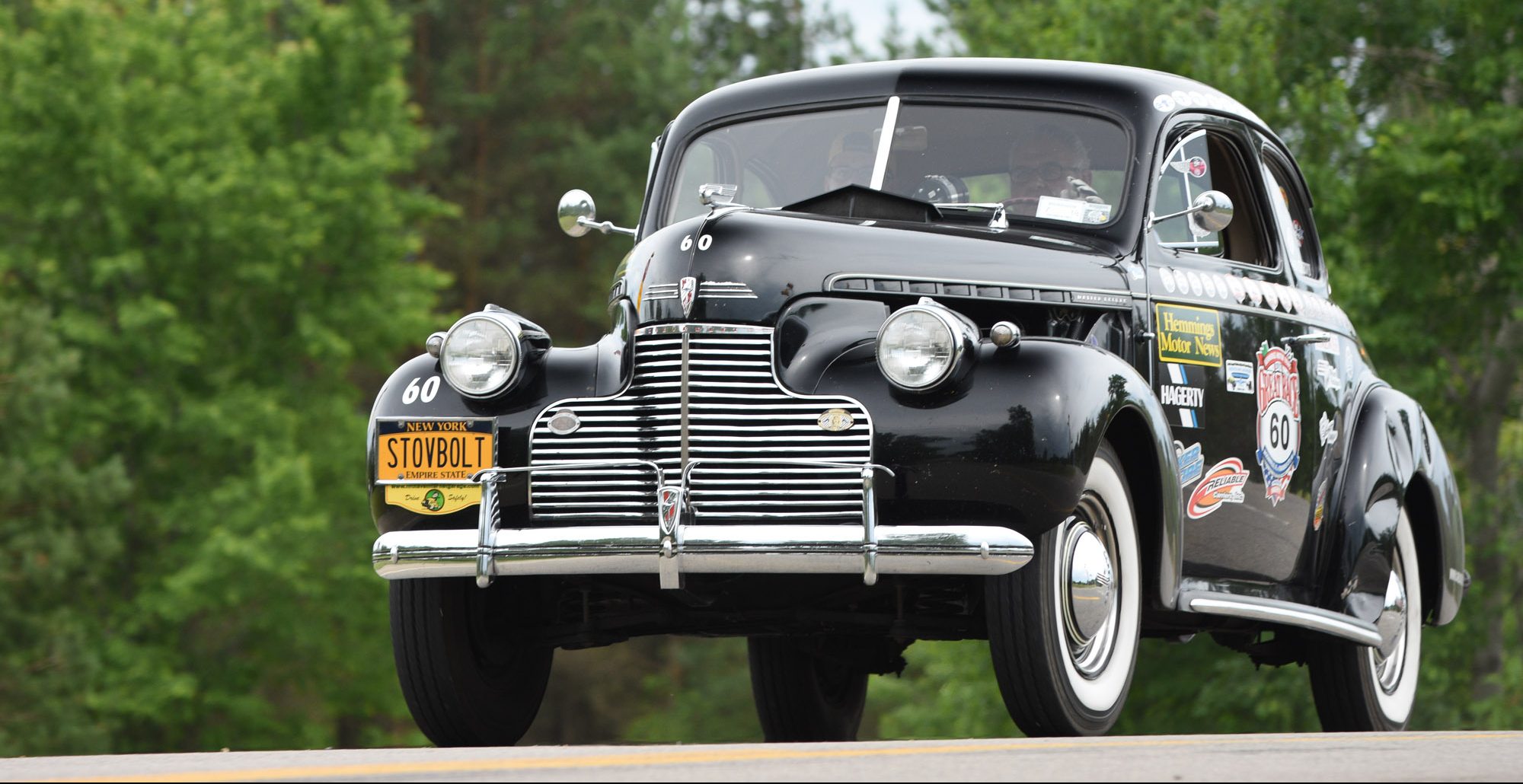 John and Scott Hudson won another regional rally this weekend in their 1940 Chevrolet in the Northeast Rally Club’s annual fall event, this year in Beach Lake, Pennsylvania. The Hudsons, who were third overall in the 2018 Great Race when it finished in Nova Scotia, had an overall score of 18.7 seconds. They beat out Doug and Howard Sharp, the 2019 Great Race Grand Champions, by more than 4 seconds. The Sharps were competing in a 1973 VW Thing and had a final score of 23 seconds.

Third place overall went to Neil Myerscough and Shanna Chatraw in their new ride, a 1934 Ford Indy racer, with a score of 35.26 seconds. Fourth went to former Great Racers from Pennsylvania, Ed and Brenda Hurst, in their 1932 Chevrolet, and fifth went to Peter LaMountain and Rob Roemer in Peter’s 1964 Chevrolet Impala. The next regional rally will be in the spring of 2020 in Millsboro, Delaware. Check www.northeastrallyclub.com for more details.