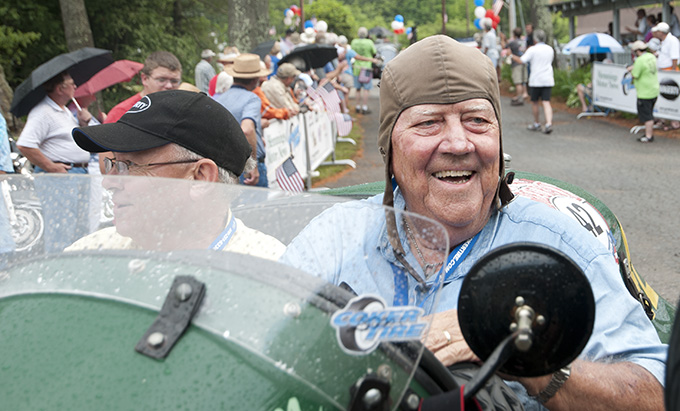 John Hollansworth, a Great Race veteran of more than 20 years, lost all of his collector cars and memorabilia in an early morning fire on April 7 at his shop in Hot Springs Village, Arkansas. Fortunately, no one was injured. Called Gasoline Alley after the famed pit area at the Indianapolis Motor Speedway, Johns shop hosted tens of thousands of visitors over the last 19 years. John said the fire apparently started around 4 a.m. and by the time he and the fire department arrived it was a total loss.

While several of the cars melted to the ground and are a total loss, two of the most special cars to John  the original sprint car he raced around the country in the early 1960s and the Indy car his son qualified in for the 1999 Indianapolis 500  were badly burned but can be salvaged.

The biggest loss was the lifetime of memorabilia, John said.

Three of Johns rarest cars had been sold in the past few years. One was the 1917 Peerless Green Dragon John campaigned in more than 15 Great Races. The other two were a 1933 Marmon Indy race car and an Ab Jenkins 1937 Pierce Arrow Bonneville Salt Flats race car.