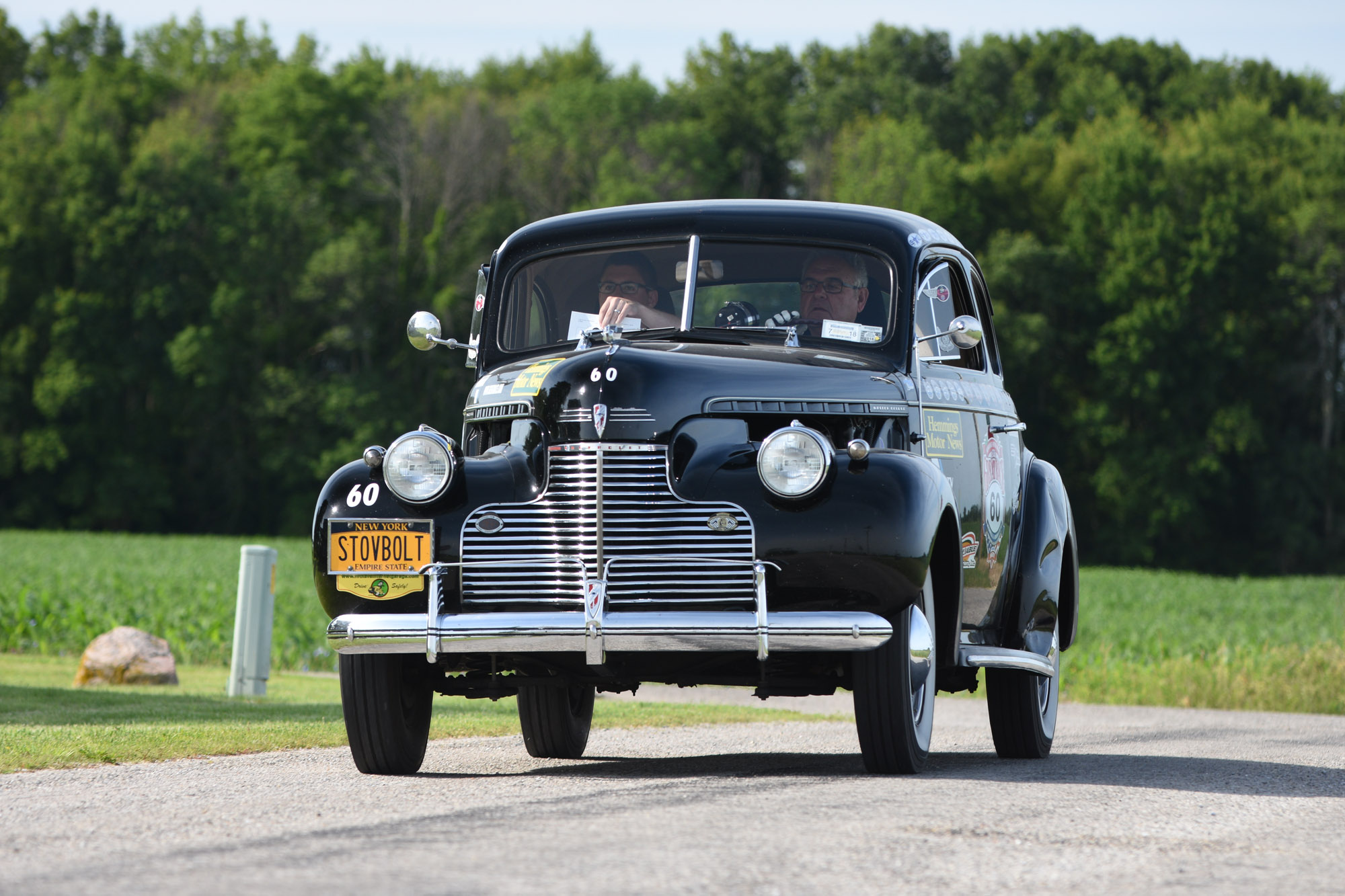 The annual Pumpkin Run was held last week in Millsboro, Delaware, and it was one of the largest fields ever at the event as teams prepared for the Great. John and Scott Hudson were the winners for the second-straight time in their 1940 Chevrolet, edging out Howard and Doug Sharp in their 1916 Hudson Hillclimber. Third place went to Beth Gentry and Jody Knowles in their 1932 Ford Cabriolet. The event, which celebrated its 20th year, is a fundraiser each year for the Millsboro Fire Department, and organizer Bob Bryan announced the dates for next year will be May 21-24, 2022.

One comment about “John and Scott Hudson Win Delaware Rally”