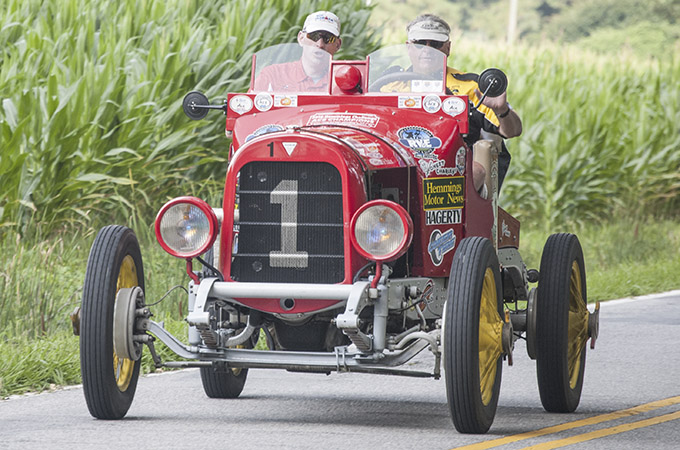 New Yorkers dominated the Northeast Rally Club event in Millville, New Jersey, last weekend in preparation for the Great Race this summer. Howard and Doug Sharp, of Fairport, New York, and winners of the 2011 Great Race, finished first in their 1916 Hudson. They were followed closely by Scott and John Hudson of Baldwinsville, New York, in their 1940 Chevrolet. Third place was Louise and Jim Feeney of Endicott, New York, in their 1936 Ford Police Car. Fourth was Ed and Steven Tourje of Uniondale, Pennsylvania, in their 1939 Ford and fifth was George Sweezey and Andrew LeBier of Mansfield, Massachusetts, in their 1939 LaSalle. All five teams are registered and will participate in the Great Race from Kirkwood, Missouri, to Santa Monica, California, June 20-28. This year’s Great Race is packed with heavy hitters–the competition will be close!