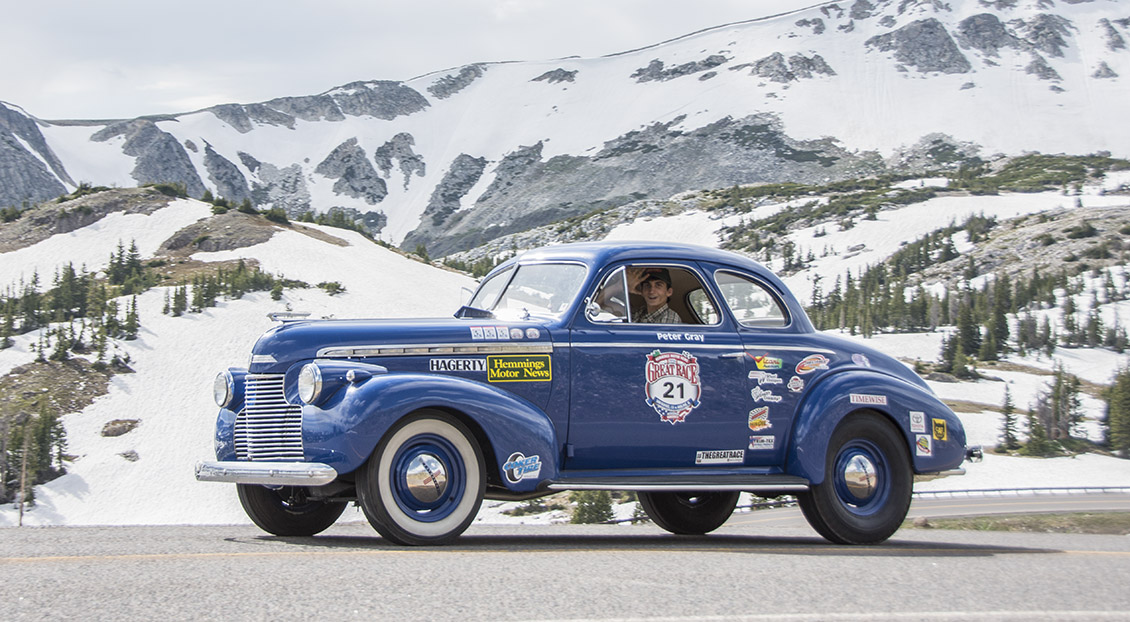 Tim and Peter Grey have been involved quietly with the Great Race for the last three years with their 1940 Chevrolet coupe, but those who have gotten to know them will not be surprised to hear with Tim did during the recent fires that ravaged northern California. The Greys are from Sonoma, which was in the center of the tragic events last month, and Tim was not going to let the fires consume his neighborhood without a fight.

Peter, who rallied for the first time in the 2015 Route 66 Great Race with his grandfather Jim Smith, was away at Purdue University in Indiana during the event. Peter and Tim rallied together in the Chevy in 2016 and 2017. With the rest of the family safe, Tim helped save his and several other neighborhoods from being engulfed in the inferno by staying behind and directing firefighters through the heat and smoke.

Read about the events and what local residents and firefighters had to say about Tim at this link to the Sonoma News: