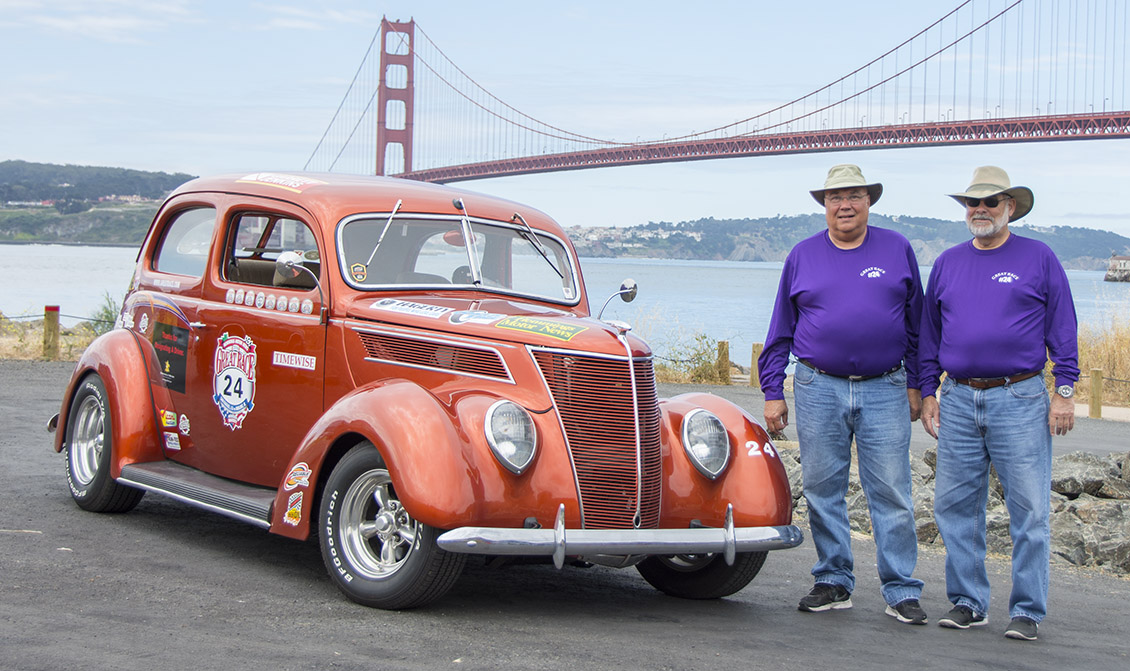 Garrett Jenkins (the gentleman on the left) is recovering from surgery in a Birmingham, Alabama hospital after a terrible motorcycle accident just before Christmas, Great Race partner Craig Rubright has reported. Jenkins has been a navigator for three straight races in Rubrights 1937 Ford, and they have been improving every year. In the 2016 Great Race from California to Illinois, they finished 16th overall and fourth in the Sportsman Division. The surgery was to put screws in Garretts leg, and although the last three weeks have been tough on him, anyone who knows Garrett knows this will not keep him down or from participating in the 2017 Great Race when it starts in Jacksonville on June 24.