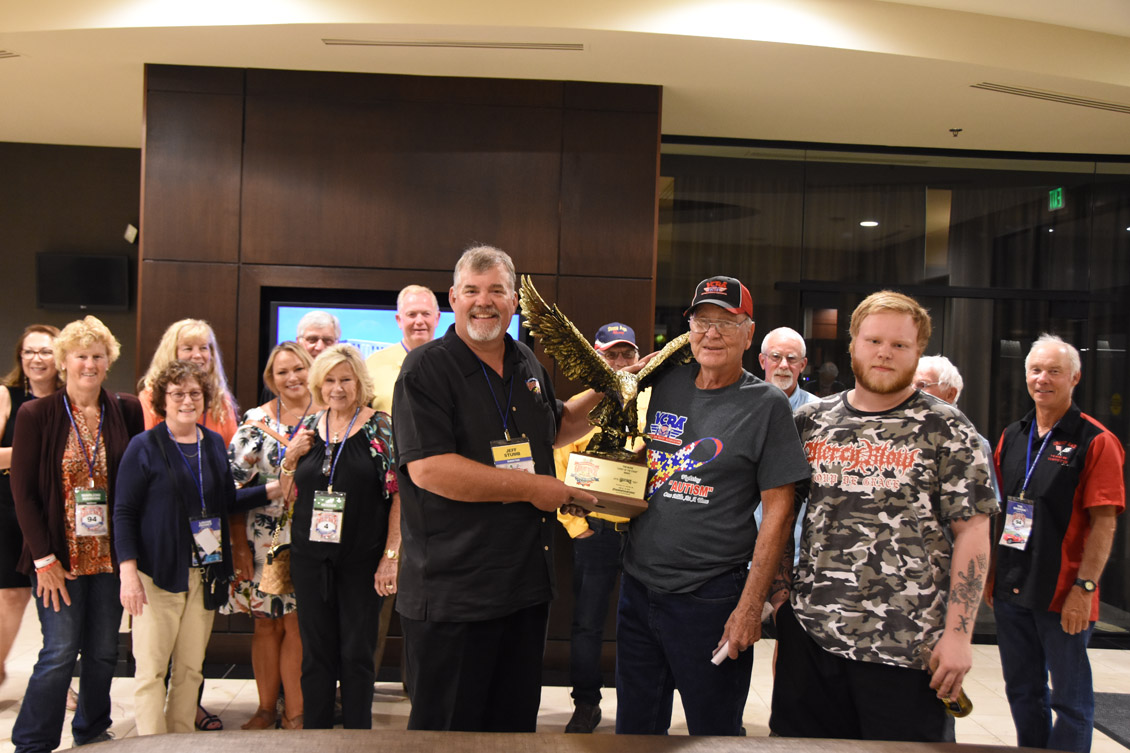 Rex Gardner, two-time Great Race Grand Champion, lost his short battle with cancer Monday night in Oklahoma. He was 81. Rex started competing in the Great Race in 1985 and was a mainstay in the event. He was best known in the last decade and a half for combining his love for vintage car rallying and raising funds for the fight against Autism. He founded the Vintage Car Rally Association in 2005 and by the time the 2019 Great Race ended in Tacoma the total amount raised by VCRA through the years was around $970,000 – just $30,000 short of his original goal 14 years ago when about 20 cars participated in a weekend rally in Grove, Okla., and raised the first $20,000.

“Rex Gardner and Jim Menneto kept the Great Race style of vintage car rallying alive in 2008, 2009 and 2010 with the Hemmings Challenge five-day cloverleaf rallies prior to Coker Tire buying the Great Race,” director Jeff Stumb said. “And in typical Rex fashion, he raised almost $1 million in the process to help schools and centers help kids with autism – including almost $50,000 last year to my son’s school here in Chattanooga.”

Rex joined the Great Race in 1985 with navigator Vic Thompson in a 1935 Ford Coupe – the same car he drove in the 2019 Great Race. Rex and Vic had several top 10 finishes, but when Rex joined Gary Kuck as the driver of Gary’s 1917 Hudson racer they won the Great Race twice – in 1998 and 1999. He was also a renowned engine builder for rally cars, specializing in flathead motors.

The VCRA rally scheduled for May 6-10, 2020, in Springfield, Mo., will go on as planned, the family has announced. “Rex touched the lives of just about every Great Racer for the last 35 years, but more importantly he touched the lives of thousands of kids with autism around the country,” Stumb said. “And I am sure VCRA will surpass Rex’s ultimate goal of raising $1 million next spring.”

Funeral arrangements will be shared as soon as we have them.