Director of Great Race, Jeff Stumb, continues his trips and tells us a bit about the route for the 2012 Hemmings Motor News Great Race presented by Hagerty.

Warren, Ohio, was such a pleasant surprise yesterday, and today would deliver another one in Mansfield. Some may remember, although it has been more than 10 years, that there is a carousel in downtown Mansfield, Ohio. The Great Race made a pit stop there some years ago and racers got a few minutes to take a ride. Well, for anyone who is interested, you too can ride the Mansfield carousel when we stop for lunch on the 2012 Great Race. The run into Mansfield on next years event will also be the start of the two-day Championship Run, and if ever there was a perfect state to have a Championship Run it is Ohio. For the first time on the trip it made me sad that I cannot compete because the route was so wonderful. 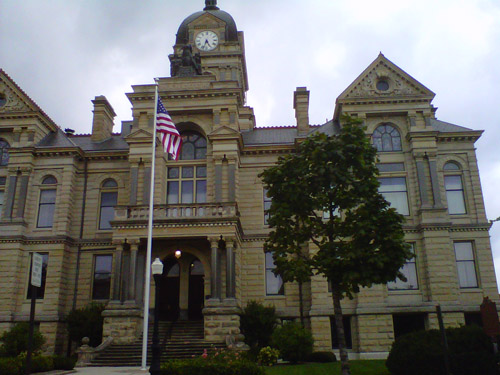 The courthouse on Main Street in beautiful downtown Findlay, Ohio, will host an overnight stop.

The evening stop in Findlay, home of Cooper Tires, is going to cap their month-long city bicentennial. The streets will be blocked off for a huge Saturday night celebration for the Great Race right in front of their terrific courthouse. Plans include music and hot air balloons right in the middle of downtown Findlay. It will be a memorable day for sure.