Well, kind of a lazy day today, a time to enjoy just being alive. Beautiful warm, sunny day (is this REALLY Buffalo?!?!).

We had a 2:!8 appointment for registration, inspection, and stickering, so the morning was for chatting and a little tweaking on Bender (Bender has been a bit persnickety about starting sometimes). All the other folks we didn’t see yesterday appeared today, so we have a full complement of 119 cars (OK, one is still AWOL). And we still haven’t seen Obermyer, recipient of last year’s Pink Monkey (the troubles overcome award), though we’re told he has checked in. As the pictures below show, there is a WIDE range of rolling stock in this show! 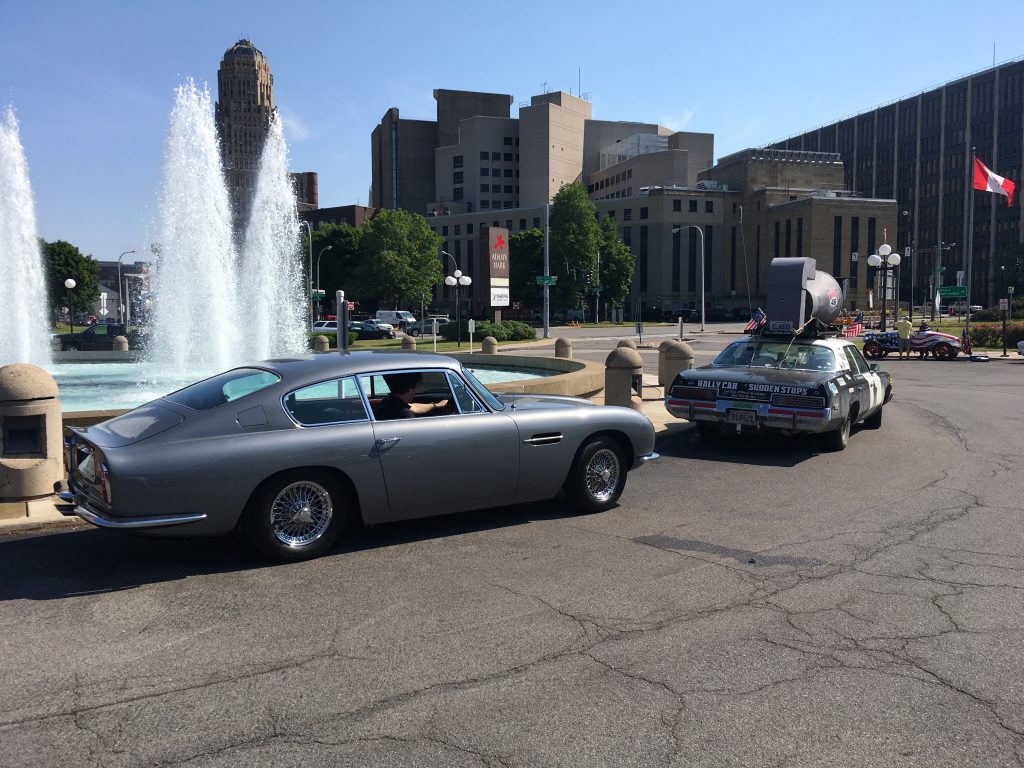 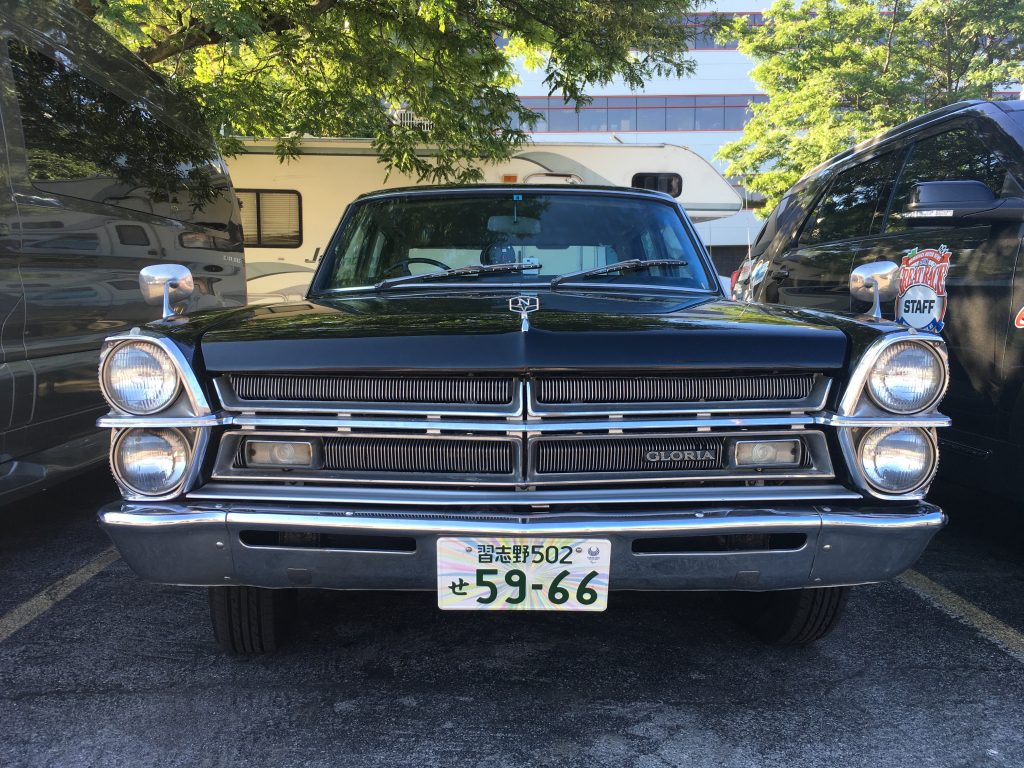 Team Japan entry – a Rare Nissan Gloria! (not a tarted up 65 Ford)

One of our favorite teams is the Reinan roadshow, formally self-identified as the Wandering Troubadors of Finland (WTF). None are Finnish and so far as I know, none can sing, either; however they have more fun than most and they share it. They arrived with their giant LaFrance speedster and a very cool old streamline school bus for their team vehicle. We returned to our car to find it tagged, graffiti style with a WTF bumper sticker! That’s me reflected in Bender’s shiny, new paint, too. 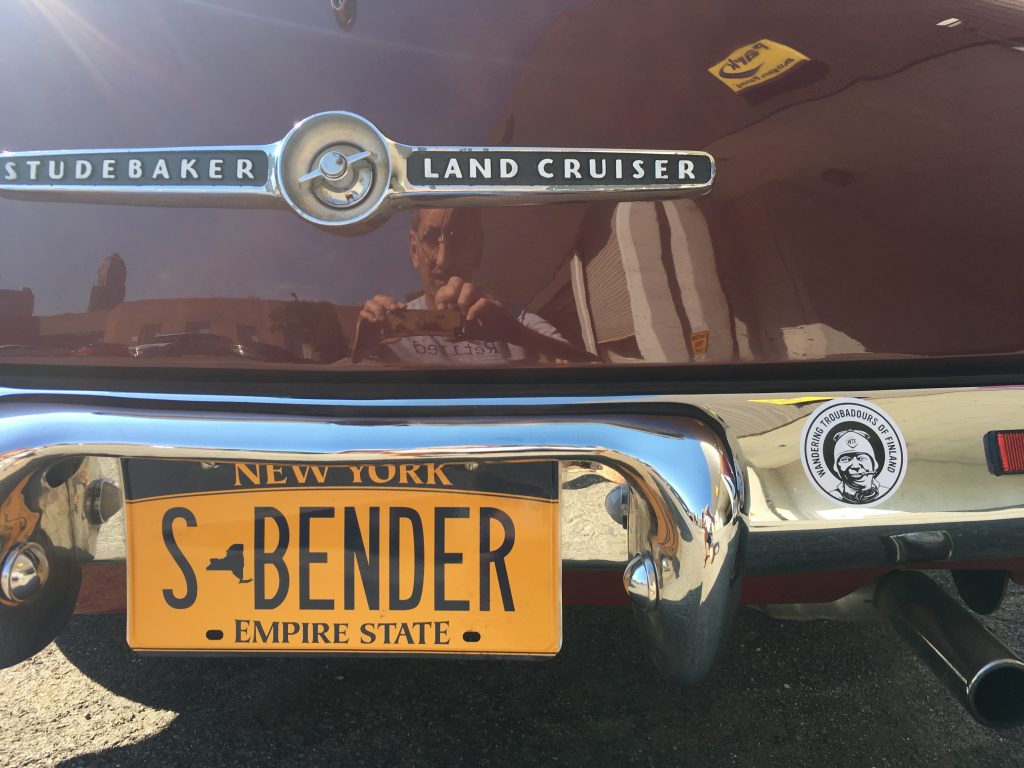 Bender has been Tagged! WTF!

Still, a tagging is better than having your car keyed, as this poor VW clearly suffered. 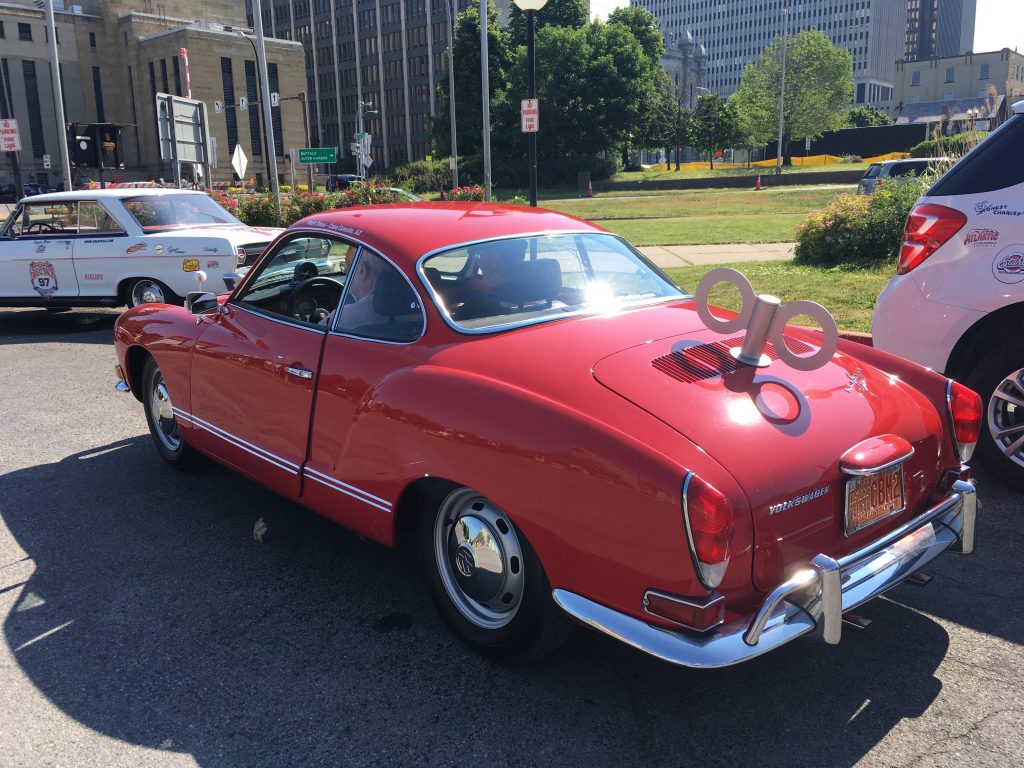 We checked all Bender’s fluids: oil, brake, coolant, beverages. Dale pulled a sample plug that looked very good. He also pulled the distributor cap and found some cracks! We re-gapped and smoothed the points (YES! We still run 6V and real points – no namby-pamby modern electrics like some other wimpy modernized teams have). Then we changed the cap for a spare from the trunk. Ta-da! It seems to start much easier and idles much smoother. This can only help our performance, but now it really is just up to us. So we got all inspected and stickered up – a process that took all day to do all the cars. Big points to those volunteers! 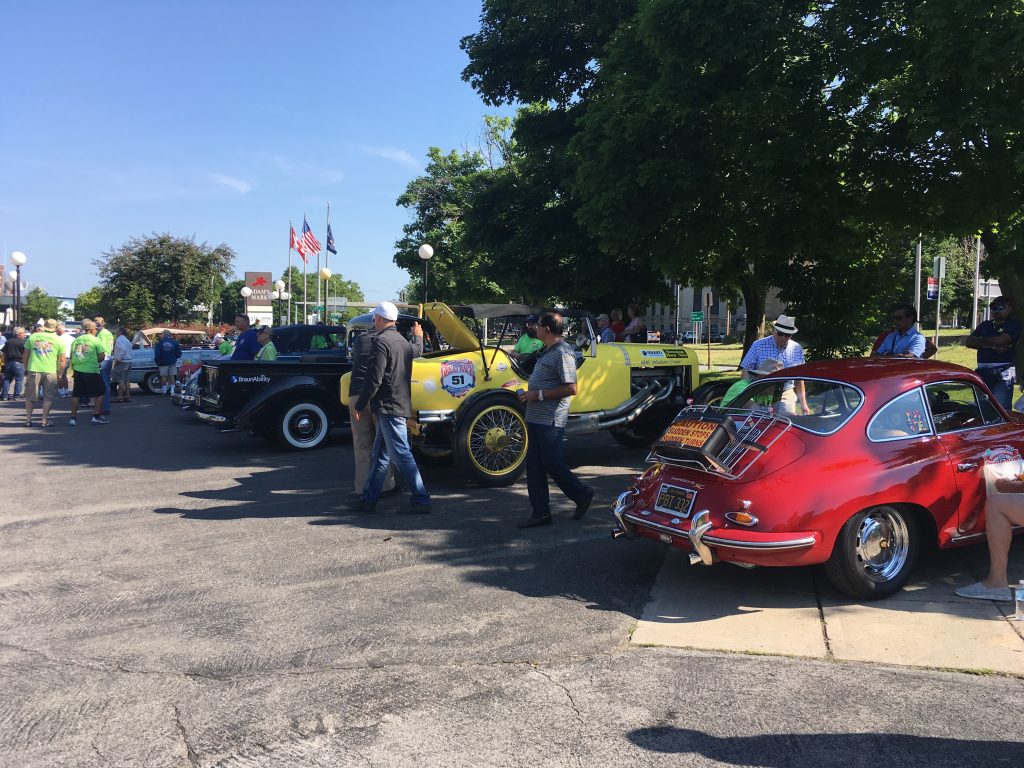 After that what remains to do but relax in the bar for a tap and taste. 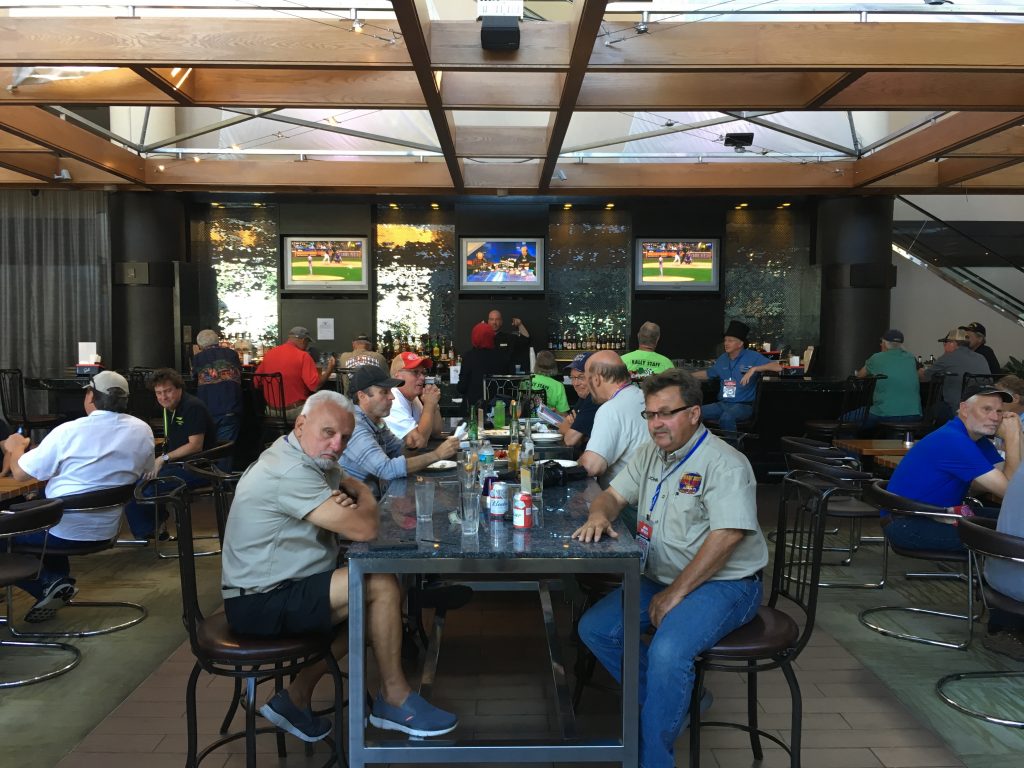 Hanging at the Bar! Why do they look SO happy?

Tomorrow it’s up early for mandatory meetings from 7:30, but then we wait again. We are #100 out, so 100 minutes later than the first car that’s out at 11:30 – yep, we don’t go til 1:10 PM! Maybe that makes up for us going out on the second leg (Sunday) in the #1 slot (Hometown privilege into Troy, NY). Meanwhile, for the practice and first legs, we’re behind the only non-competing ‘touring’ entry. We sure hope they don’t get in the way, ‘cuz I’ve heard that running over dawdling touring cars is fair game. Surely we won’t be hacking off their time if we get bolixed ourselves!