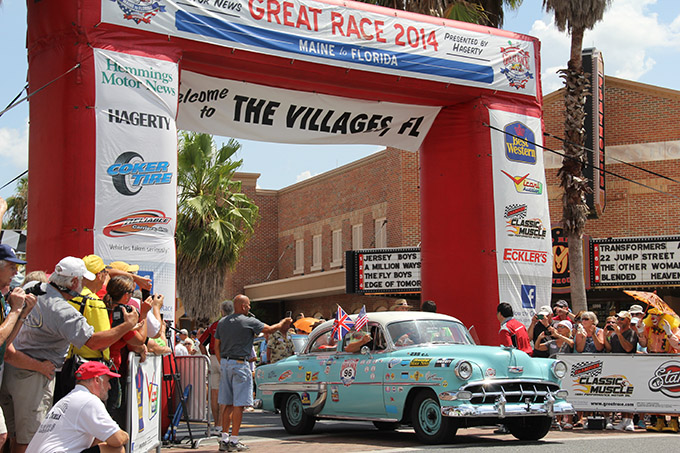 A three-year veteran Great Race automobile will be for sale at the end of this years event. The father and son team of Mike and Oli Hallowes bought their 1954 Chevrolet Bel Air from David Coon just after he campaigned the vehicle in the 2013 Great Race with no issues. In fact, the car was driven back to New York from Mobile, Alabama after the race.

Mike, from England, and Ollie, from Orlando, thought it would be fun to participate in the 2014 Great Race from Maine to Florida. And it was. And since the vehicle had no issues during the race, and because they had so much fun they decided to do it again in 2015. But once the Route 66 Great Race ends in Santa Monica, they will be offering the car for sale.

It is a perfect opportunity for someone in California who is looking for a Great Race car for the 2016 event which will start in the San Francisco Bay area. If interested in the car, you can contact Ollie at 407-924-6122 or email him at [email protected]