Today started good, the weather was cool, we were on course, and were having a good time. Then there was a problem!! Somewhere in the mountains of North Carolina while coming to a stop sign I noticed Gary was pushing the petal very hard. We stopped but he looked concerned and said something wasn't right. We were high in the mountains -- Not a good place to be with brake problems! We tried to call the sweep truck but no phone service. Fortunately one of the sweep cars came by and notified the trailer driver that we needed help. Since he was some distance away we just waited in the deserted mountain area (I was watching for bears) Gary decided to see what he could do and that is when he got to be MacGyver! I'm not sure what he did but he rigged something so Maxine had some brakes and said it was safe to continue. We owe a special thanks to Tommy and Naomi in the sweep trailer who drove the long distance up the mountain

We did miss two checkpoints today but were able to compete in the afternoon. Gary and lots of other racers have been working on Maxine trying to get her in tip top shape for tomorrow.

I forgot to mention that it was raining part of the time while Gary was working on Maxine along side of the road. He was laying in a puddle while he was under the car. Isn't he great!!

Even a challenging day like this is a great day on the Great Race. Great Racers know we will have some difficulties and part of the challenge of the event is to keep going. 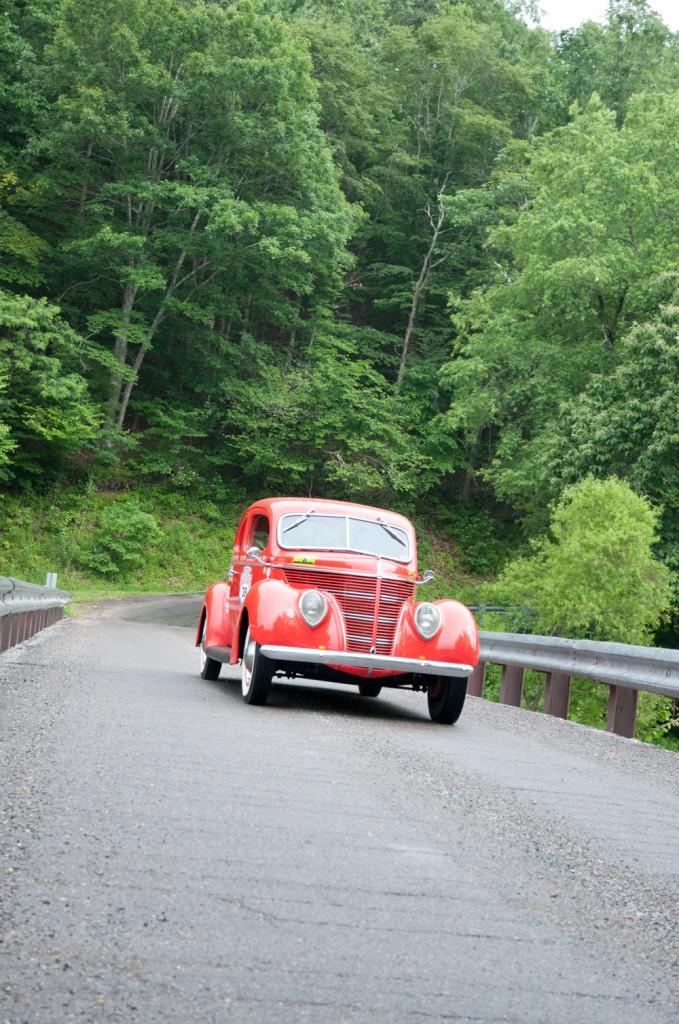