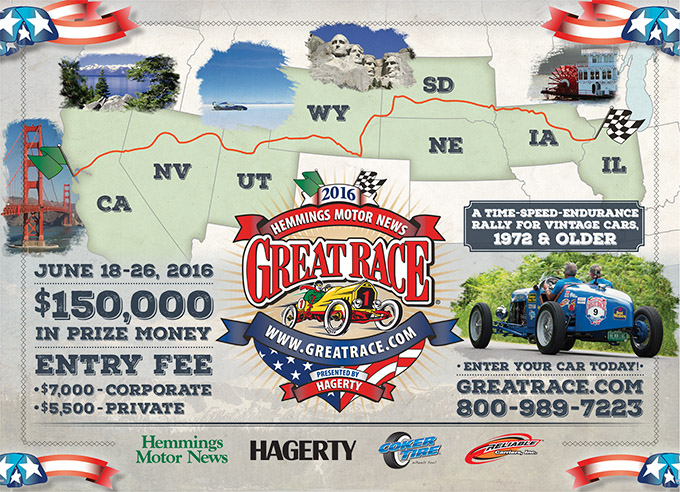 Corky Coker, owner of Coker Tire Company and the Great Race, has announced that the Hemmings Motor News Great Race presented by Hagerty will travel the historic Lincoln Highway for its 2016 event. Coker made his announcement during the highly acclaimed Amelia Island Concours dElegance event in Florida, amongst a crowd of car enthusiasts from around the world.


The Great Race is the worlds premiere old car rally, and it has traveled many miles in its 33-year existence. The Great Race is a nine-day journey that covers nearly 2,500 miles in vehicles built in 1972 and earlier. And for 2016, it will offer many attractions, thanks to the multitude of scenic and historic landmarks along the Lincoln Highway. The Great Race route will begin in California and ends in Illinois, visiting nearly 20 city stops along the way.

The 2016 Great Race will feature many attractions, including scenic views of the Golden Gate Bridge in San Francisco, the Rocky Mountains, the Bonneville Salt Flats in Utah, and much more. Also included in the 2016 route along the Lincoln Highway are up-close-and-personal visits to Lake Tahoe, Mount Rushmore, the Crazy Horse Memorial and Badlands National Park, just to name a few.

With $150,000 up for grabs, the Great Race is a very competitive event, drawing participants from all around the United States, and several other countries as well. The Great Race is not a speed race, but a time/speed/distance rally. The vehicles, each with a driver and navigator, are given precise instructions each day that detail every move down to the second. They are scored at secret checkpoints along the way and are penalized one second for each second either early or late. As in golf, the lowest score wins.

Each stop on the Great Race is free to the public and spectators will be able to visit with the participants and to look at the cars. It is common for kids to climb in the cars for a first-hand look. When the Great Race pulls into a city it becomes an instant festival, race director Jeff Stumb said.

If youre interested in entering your car in the 2016 Hemmings Motor News Great Race presented by Hagerty, please do not hesitate, as the field of cars is capped at 100 entries. Click the “Registration” tab at the top of the page to make sure you get in the field! You dont want to miss this scenic trip across the country on the Lincoln Highway. Even if youre not planning on racing, see if were stopping in a town near you and check out the cars as they pass through. 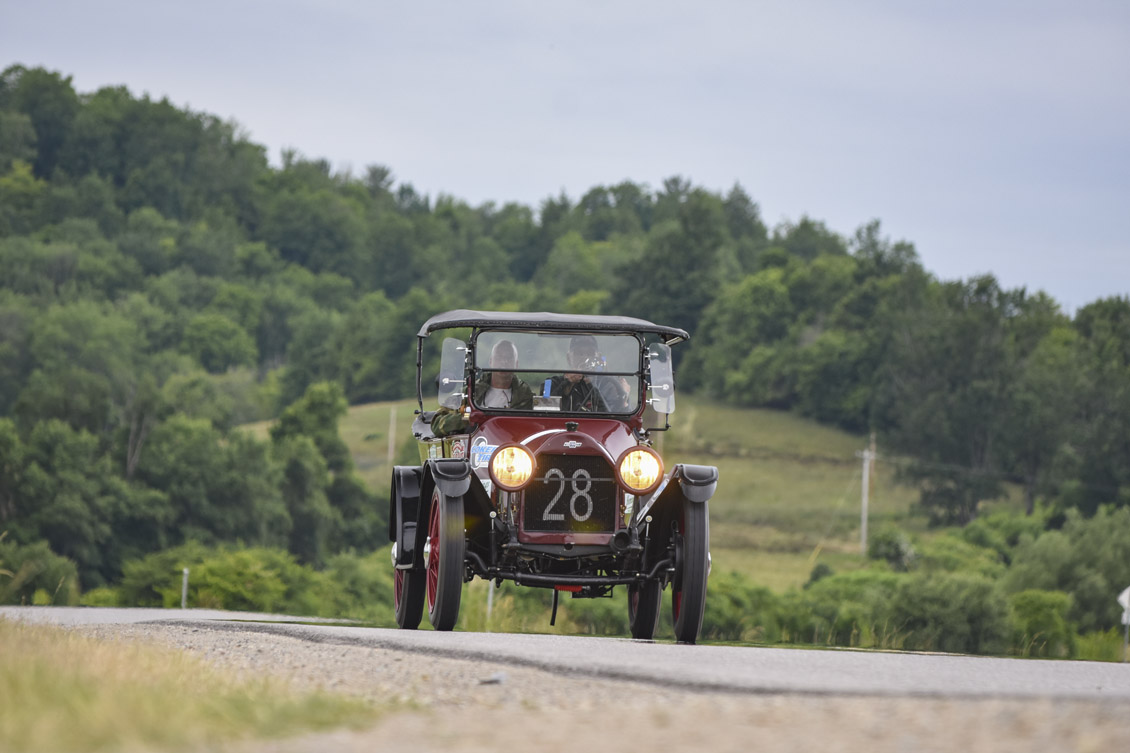