Great Race director Jeff Stumb had the pleasure of being interviewed on “Cars Yeah” recently about the annual cross country rally. He talks about everything from his days as a competitor dating back to 1994 all the way through the 2020 route for next year. Host Mark Greene was actually at one of the stops […]

It’s always exciting to get our new issue of Hemmings Motor News in the mail, but it was especially exciting earlier this week when we saw that the Great Race was the cover story of this month’s issue. Inside, there are 10 pages packed with photos and captions, with dozens of pictures in total. Once […]

We always like to pass along good deals on old cars, especially ones that have completed the Great Race because that proves great reliability. Great Racer, Jim Caudle was just in town for the Coker Tire Challenge and let us know about his 1950 Ford, which is currently for sale. Here is some information that […] 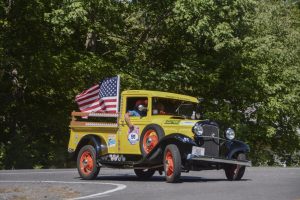 This past weekend was the 14th annual Coker Tire Challenge. The event is a three-day cloverleaf rally based out of Coker Tire’s home town of Chattanooga, Tennessee. This year, the event was held entirely at the Chattanooga Choo Choo hotel, giving participants plenty of options for food and fun during the evening hours. Many of […] 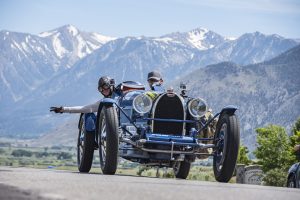 We have just learned that Jessi Combs, self-proclaimed “Fastest Woman on Four Wheels,” was killed yesterday in Oregon trying to set a new land speed record in a jet-powered car. She was 36. Jessi participated in the 2016 Great Race from San Rafael, Calif., to Moline, Ill., in a 1927 Bugatti, and filmed it for […] 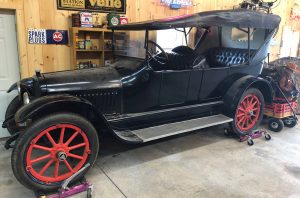 Looking for an older Great Race car to get the best factor? Seems like everyone is talking about getting an older car after Howard and Doug Sharp won in their 1916 Hudson and Dennis Holland and Dieter Kutz finished strong in their 1909 Buick. Well, here’s your opportunity from Howard Sharp: This is a 1915 […] 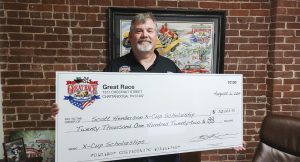 Through the generosity of the participants of the 2019 Great Race, we were able to raise $20,122 for the Scott Henderson X-Cup Scholarship Fund. The funds are being sent to AACA (Antique Automobile Club of America) which administers the scholarship for the Great Race. One student from the 2019 Great Race, Jacob Derk from Alfred […] 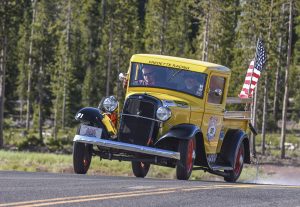 The 2019 Great Race is in the history books, and from every angle it appears everyone is in agreement that it was the best event we have ever had. It will be a couple of months before the one-hour TV show hits the air, but for those who were not involved in the event (and […] 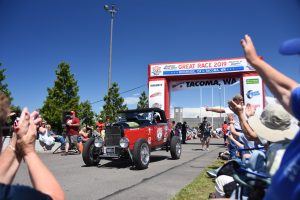 Wow, what a crazy adventure. Nine days and approximately 2,300 miles later, we’re in Tacoma, Washington for one of the most awesome Great Race finishes in quite some time. The LeMay – America’s Car Museum offered the perfect venue for our event, and the local car community came out in full force to support the […] 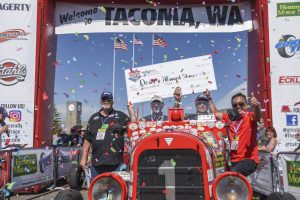 We were watching the scores all week, waiting on the big shake up. And as each day passed, positions shifted all throughout the leader board, except for the first position. Howard and Doug Sharp won Stage 1, and that set the tone for the rest of their event, even though five other Great Racers would […]